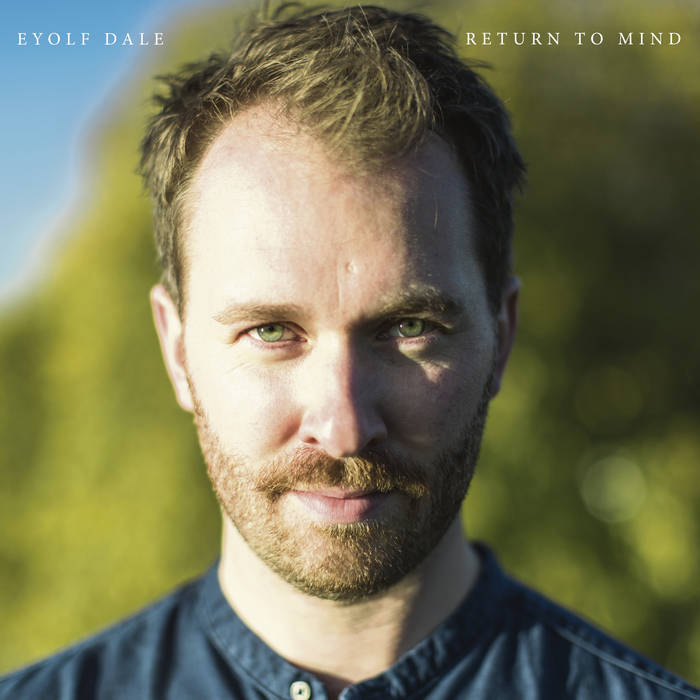 Return to Mind is the new album from Norwegian pianist & composer Eyolf Dale. Since releasing his Edition debut in June 2016, the poetic and expressive ‘Wolf Valley’, Eyolf has expanded and developed his already refined and warm sound into a powerfully emotive force. Radiating elegance and poise, Return To Mind confirms Eyolf Dale's promise and reputation as a strong band leader, creative composer and an expressive soloist with a taste for melody and interplay that summons powerful musical images.

Return to Mind’s hugely rich and vibrant sound moves gracefully between emotive pedal notes, balanced by the lush voicings of an all-star Norwegian horn section. With a superior clarity of sound and a romantic sensibility to its compositions Return to Mind is an album that demonstrates the full range, musicianship and talent of Eyolf Dale, an artist who continues to command extensive attention and growing profile.

Eyolf explains the inspiration behind his music: ‘‘Music for me is a personal statement, a musical representation of my imagination. I often start with images, sometimes abstract, sometimes stemming more from reality. All of the music on this album was made in mid-2017, between touring and travelling during a very busy period. Therefore, the composition process became a method of returning to mind, to a place of inspiration, recreation and creative work with my musical ideas. In many ways, the music represents taking this vision and magnifying its intimacy to a large group of fantastic musicians.”

With the piano firmly centre stage, the music is arresting and powerfully emotive shifting pulse and time whilst weaving folk-like melodies between horns, vibes and keys. These compositions are timeless. They stretch your imagination, pushing and pulling you with unpredictable emotions and dynamics. They are distinctly Norwegian yet expressively international. This music stems from a jazz tradition, yet is profoundly classical in its make up. Part travelogue in sound, part imaginary film soundtrack...just great music.

Return to Mind clearly demonstrates Eyolf Dale ability as a highly accomplished piano player and a skilled composer and showcases the mature lyrical introspection that we often associate with Norwegian jazz, but equally, the explorative curiosity and restless free elements that are emerging as a hallmark of the younger Nordic improvisers.

Recorded at The Village Recording, Copenhagen by Thomas Vang on 29th & 30th of August 2017
Mixed by August Wanngren, Copenhagen
Mastered by Thomas Eberger at Stockholm Mastering
All Photography by Dave Stapleton

Since releasing his Edition debut in June 2016, the poetic and expressive ‘Wolf Valley’, Eyolf has expanded and developed his already refined and warm sound into a powerfully emotive force.

Bandcamp Daily  your guide to the world of Bandcamp